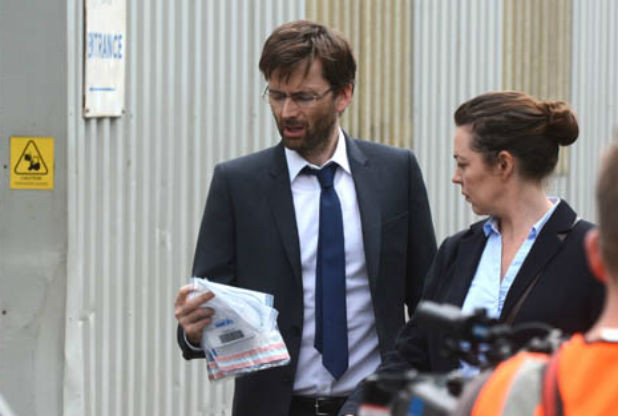 The stars of the slow-burning murder mystery were pictured between takes at the entrance to Mail Handling International in Feeder Road, in the industrial eastern side of the city centre.

It is the third series of Broadchurch, which is actually set on the Jurassic Coast of Dorset with the coastal resort of Bridport effectively playing the title town.