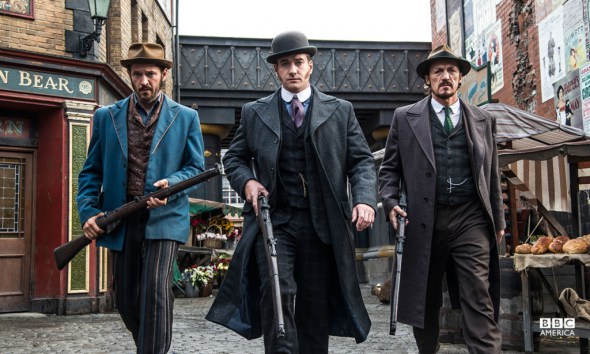 Ripper Street is headed back to the States. BBC America recently announced that season four of the UK drama will premiere this summer.

Set in Victorian London, the historical drama stars Matthew Macfadyen, Jerome Flynn, and Adam Rothenberg. The series moved to Amazon in the UK when the BBC cancelled it after two seasons.

Earlier, Amazon announced that season five would be the last season for Ripper Street. Season four will premiere on BBC America on July 28th.