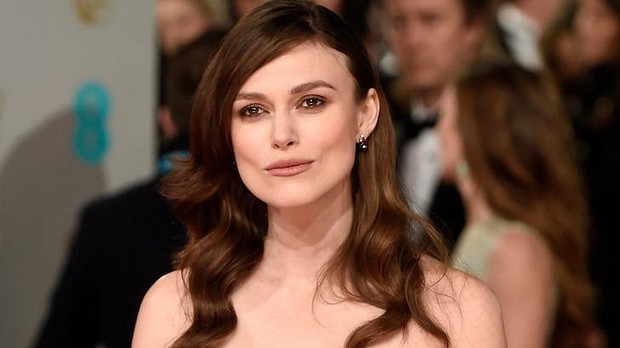 Keira Knightley's former directors have come to the defense of the star after filmmaker John Carney criticized her acting.

Carney directed the Oscar-nominee in the music-themed 2013 film Begin Again, but in a revealing interview with Britain's The Independent newspaper over the weekend, he slammed Knightley for her alleged diva behaviour and lack of serious acting skills.

"Keira has an entourage that follow her everywhere so it's very hard to get any real work done," he told the publication. "And as much as I tried to make it work I think that she didn't quite come out as a guitar-playing singer-songwriter. I learned that I'll never make a film with supermodels again."

He added, "I don't want to rubbish Keira, but you know it's hard being a film actor and it requires a certain level of honesty and self-analysis that I don't think she's ready for yet and I certainly don't think she was ready for on that film."

His comments irked both fans and her former collaborators, including Mark Romanek, who directed Knightley in 2010 thriller Never Let Me Go.

He took to Twitter on Monday to defend the actress, writing, "My experience with #keiraknightley was utterly spectacular on every level. I have no clue what this guy is talking about."

He ended the post with pointed words aimed at Carney, adding, "#arrogants--thead".

My experience with #keiraknightley was utterly spectacular on every level. I have no clue what this guy is talking about. #arrogantshithead

My recollection of #keiraknightley's "entourage" was that her mum visited the set one day for an hour or two.

Meanwhile, Lorene Scafaria, the writer/director of Knightley's 2012 film Seeking a Friend for the End of the World, echoed Romanek's statement.

Posted by Karen V. Wasylowski at 9:14 AM

Email ThisBlogThis!Share to TwitterShare to FacebookShare to Pinterest
Labels: begin again, Keira Knightley, never let me go, Pride and Prejudice, seeking a friend for the end of the world