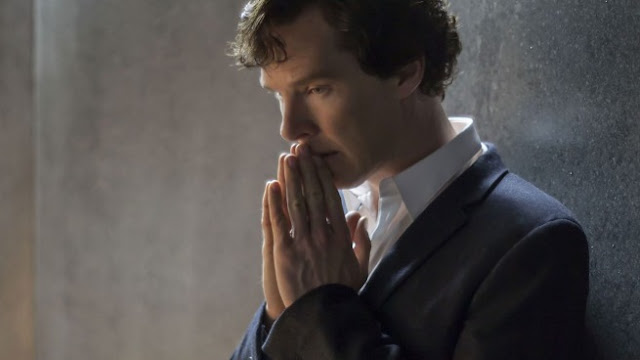 Earlier this year, Sherlock fans were treated to a long-awaited gift. The clever BBC drama returned to televisions after years on hiatus, and the show’s fourth season was a trying one. The miniseries left behind both grief and joy in its wake, leaving fans to wonder whether a fifth season was in the works. But, according to one of the show’s co-creators, another season of Sherlock is not a sure thing.

Recently, Mark Gatiss commented on the future of Sherlock, and his words have left die-hards fans with lackluster hope. The writer and actor appeared at the WhatsOnStage Awards and explained why Sherlock may be done for good:

“I honestly don't know if there will be any more. It's incredibly difficult to get Benedict and Martin's diaries to align. And obviously we left it in a very happy place... if that's the end I'd be very happy where we left it,” Gatiss said.

Of course, it isn’t too surprising to learn the show’s stars are busy. Over the past years, both Benedict Cumberbatch and Martin Freeman have been Hollywood fixtures. The former is now part of the Marvel Cinematic Universe thanks to Doctor Strange, and Freeman recently joined the franchise in Captain America: Civil War. The British stars keep busy schedules, and the team behind Sherlock has said coordinating their shoots were challenging.