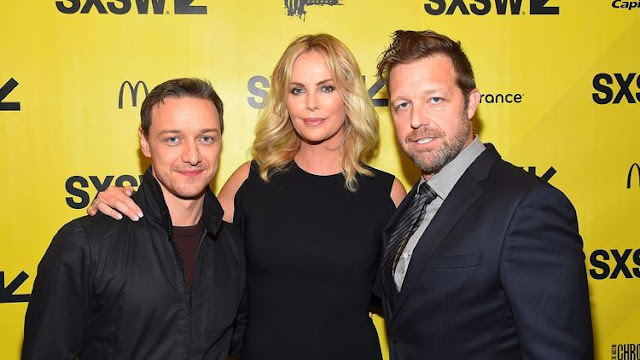 At a place like the South by Southwest film festival, movies are one thing, movie stars are quite another. And so Austin’s Paramount Theater bubbled over with energy on Sunday night when Charlize Theron took to the stage to introduce her new “Atomic Blonde” alongside director David Leitch and costar James McAvoy.

In the film, adapted from a graphic novel — “The Coldest City” by Antony Johnston and Sam Hart — Theron plays a British secret agent being sent to Berlin just ahead of the fall of the Berlin Wall to retrieve a sensitive list of clandestine contacts. The story is told in flashback, as she is debriefed by superiors played by Toby Jones and John Goodman, which renders everything the work of an unreliable narrator and provides any number of surprises along the way. The cast also includes McAvoy, Eddie Marsan and Sofia Boutella.