No wonder he's smiling! Tom Hiddleston flashes a beaming grin as he arrives in Japan... as Kong: Skull Island smashes US box office 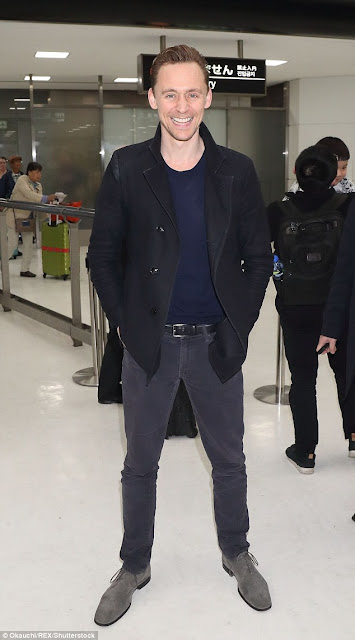 And Tom Hiddleston looked like he couldn't contain his excitement as he arrived at Narita International Airport in Japan on Monday, flashing a giant grin as he met with fans in the terminal.

The Hollywood hunk cut a cool figure for his visit to the country, covering up in a black coat and slinging his hands in his pockets. 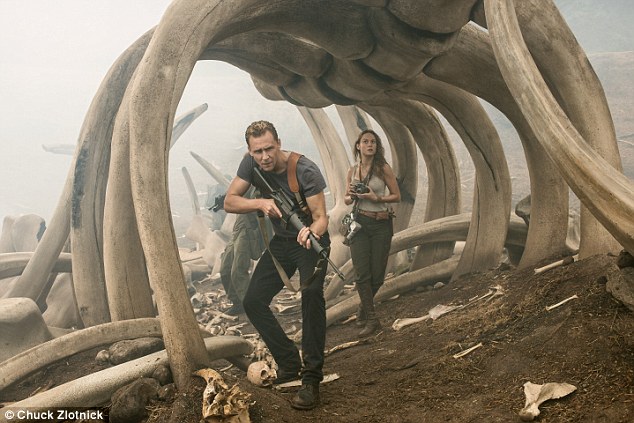 The film cost a whopping $185 million to produce, now looks set to be an hit internationally.

The latest reboot of the 1933 Hollywood monster movie classic easily topped the $37.9 million brought in by Logan, which stars Hugh Jackman in his final performance as the metal-clawed, mutant anti-hero Wolverine. 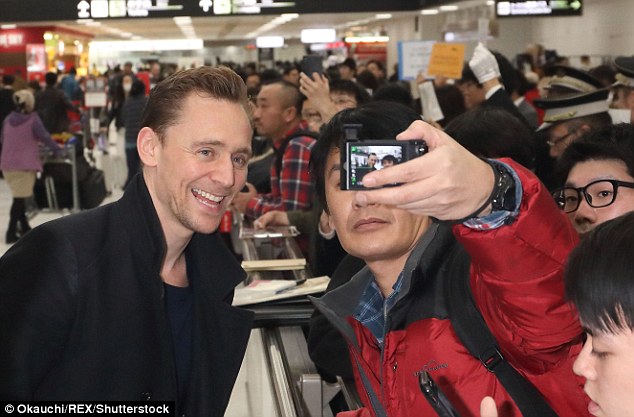 Posted by Karen V. Wasylowski at 9:24 AM