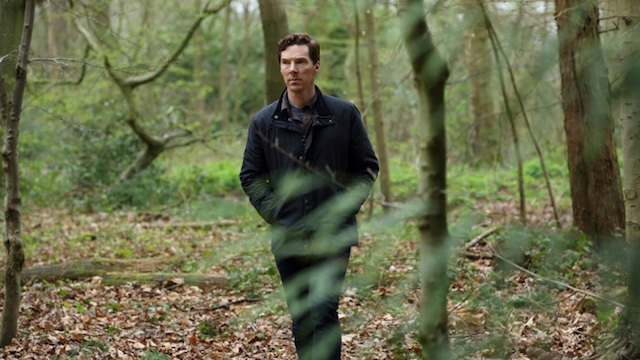 We’re so used to seeing Benedict Cumberbatch in costume — be it as Sherlock or Thomas Edison or Doctor Strange — it can be startling to see him out and about wearing normal clothes. (Especially seeing as how he loves to play dress-up even on his days off.)

So imagine our surprise when we saw the first photo released today (April 5) from the set of upcoming drama The Child in Time, showing the Sherlock star dressed sombrely while taking a stroll through woods.

What, no deerstalker or cloak of levitation? Not even a teeny, tiny scarf?

Benedict is starring in the TV adaptation of Ian McEwan‘s harrowing 1987 novel, The Child in Time, in which he’ll play children’s book author Stephen Lewis, whose life is turned upside down when his three-year-old daughter goes missing.

The adaptation will take the form of a one-off, 90-minute film, and has just started shooting in and around London. Released alongside this photo was some more information on Benedict’s co-stars. 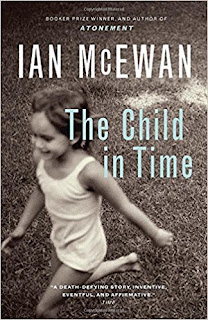 It’s not the first tine Benedict has starred in an adaptation of an Ian McEwan novel. He memorably (due in no small part to the decidedly dodgy moustache he wore for the part) played shady Paul Marshall in the 2007 film Atonement, based on the 2001 book of the same name.

When this new adaptation was first announced, McEwan was quoted as saying: “I have fond memories of Benedict playing a brilliant and key part in the movie adaptation of Atonement. Now, it’s a great honour to have this actor of such immense resource, experience and subtlety in the lead role of The Child In Time.”