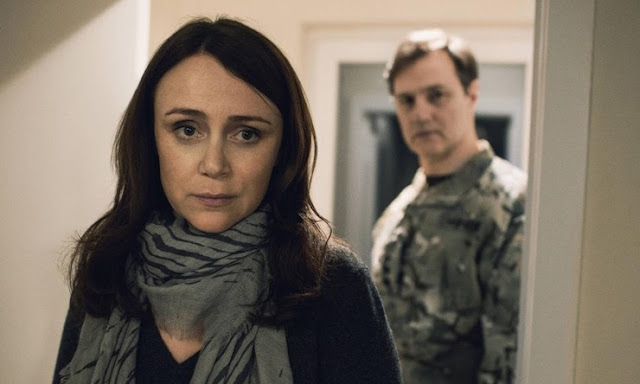 If you're anything like me, you've been devouring every single episode of The Missing on STARZ — and counting down the minutes until the series finale airs on Sunday, April 2. At long last, we'll get the answers to our burning questions... right? Personally, I lack the emotional strength to handle a finale filled with loose ends. Luckily, we don't need to worry — in an interview with Bustle, Keeley Hawes, who stars as Gemma on The Missing, promises that the Webster family's story will be "resolved really beautifully."

Until The Missing, Hawes avoided TV shows and films that focused on missing children. As a mother of three, she says the idea "hit too close to home." But when she received the scripts, Hawes didn't know what the show was about — so she immediately dove in and was instantly riveted by the plot. "I literally read it like you would read a brilliant book that you cannot put down," she recalls. "Of course on one level it is about a missing child, it’s about an abduction, and all those horrible things that make you think of your own children. But it’s also a thriller and whodunnit, and it has so many other levels. And it’s really beautifully and delicately done as well." 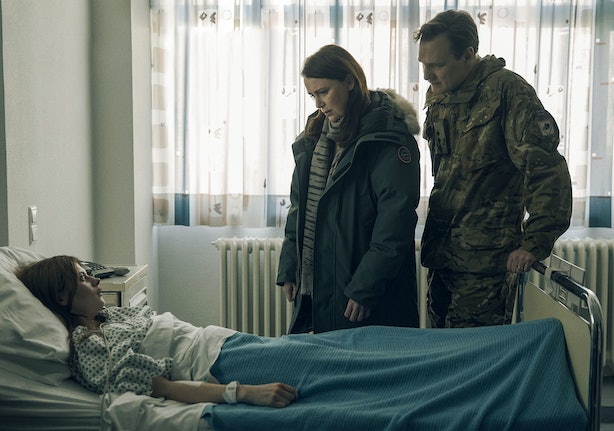 Still, Hawes says there was really no way to mentally prepare herself for the role of Gemma. "The preparation was all in the writing, and learning the backstories of the characters and their relationships," she says. The plot shifts between 2003, 2014, and present day, as the Webster family is taken on the most horrifying emotional roller coaster you can imagine. Hawes describes it as one of the biggest journeys she's ever taken as an actor.