'It’s like no time has passed at all': Caroline Quentin reflects on reuniting with old friend Martin Clunes for Doc Martin... 19-years after playing on-screen couple in Men Behaving Badly 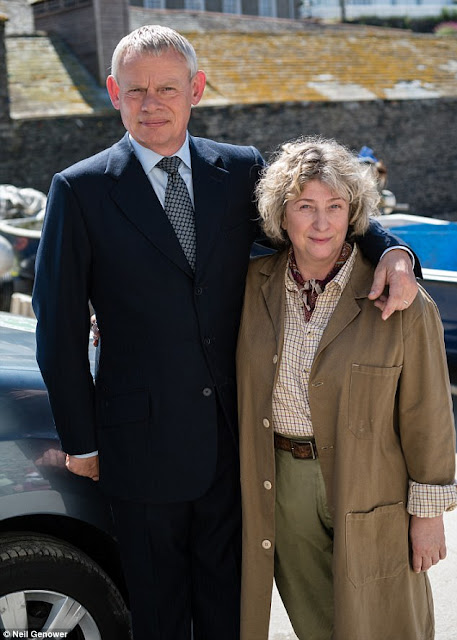 But while more than 19-years have passed since their much-watched show about the hapless interactions between four thirty-something friends came to an end, Caroline Quentin admits the near-two decade gap was not an issue after reuniting with Clunes on the set of medical drama Doc Martin.

The actress, 57, takes a fleeting role as Angela Sim on the Cornwall based show, which stars Clunes, 55, as the titular Dr. Martin Ellingham, a frequently irked vascular surgeon who trades London life for a remote Cornish village after developing haemophobia – a fear of blood.

‘When I work with Martin it’s like no time has passed at all,’ she explained during an appearance on Monday morning’s edition of Lorraine.

‘There's something about mucking about in an adult environment that's great, and generally annoying everyone around us.’ 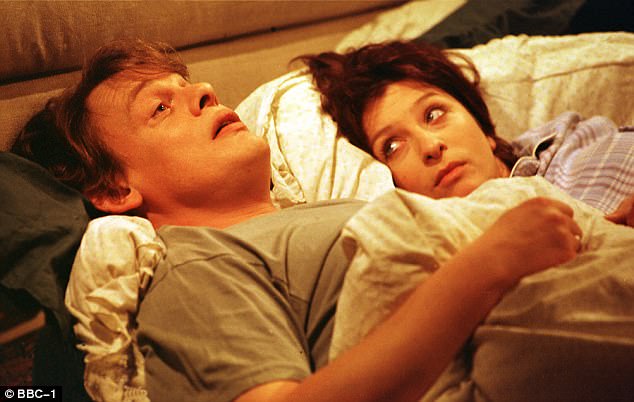 We're about 40 minutes apart so we see each other all the time,' she explained.

But she believes the modern world, all too often defined by rapidly evolving technology and contrasting ideologies, has increased her responsibilities as a mother.