Alicia Vikander and Michael Fassbender flash their rings as they arrive at Ibiza airport to jet off for their 'honeymoon'... after the exhausted pair 'partied till 6am during wedding' 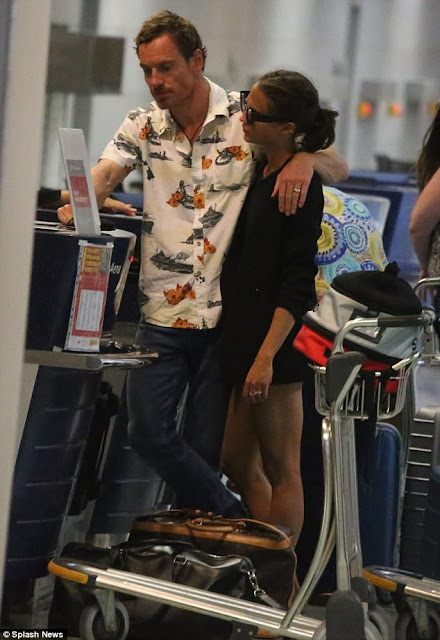 They tied the knot in a gorgeous 'environmentally-friendly wedding' in Ibiza over the weekend.

And Alicia Vikander and Michael Fassbender certainly looked ready for some honeymoon downtime as they made a weary appearance at the airport on Tuesday.

Continuing to sport rings on their wedding fingers, the Oscar-winning actress, 29, and the Assassin's Creed actor, 40, looked slightly exhausted ahead of their flight - no doubt, a result of them 'partying until 6am' during their wedding bash. 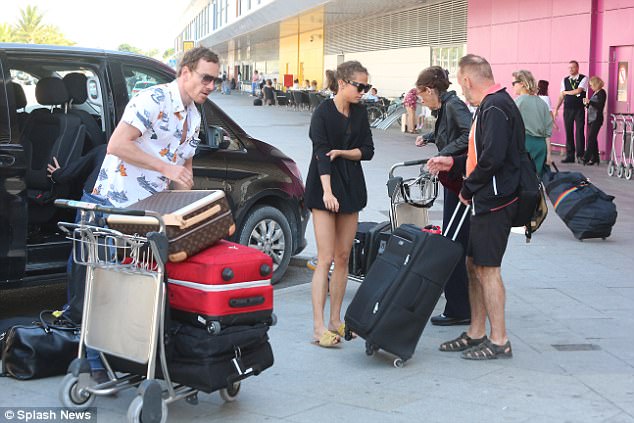 Emerging from the vehicle, Michael stacked their numerous suitcases, including a large Louis Vuitton one, on the trolley before they proceeded into the airport.

The loved-up pair were joined by Alicia's parents, Maria and Svante Vikander.

Surrounded by their nearest and dearest, both Alicia and Vikander appeared to glow with happiness as they dined at a restaurant on the beach for what looked to be a post-wedding brunch over the weekend.

It was first revealed by The Sun in early September the pair were planning a destination wedding in Ibiza.

'Guests have been told to arrive in Ibiza on a certain date and they will then be collected and taken to the hotel,' a source told the publication at the time.

'He’s splashing out big time and it’s going to be the party of the year.'

The notoriously private couple rarely talk about their relationship,