Depp, Dench and Kenneth Branagh: Behind the scenes of the star-studded Murder on the Orient Express 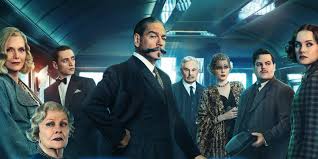 Agatha Christie ‘had always been allergic’ to cinema adaptations of her books, her husband Max Mallowan was quoted as saying. ‘She didn’t like her characters to be portrayed on book covers either,’ says James Prichard, her great-grandson.

Christie, who wrote 66 detective novels between 1920 and 1976, translated into around 45 languages, is the most widely read novelist in history, with sales of more than two billion copies worldwide.

There have been 23 film adaptations of her books in the UK alone, not to mention the multiple TV series. And now we have Murder on the Orient Express. Directed by Kenneth Branagh (who also plays Belgian detective Hercule Poirot), it features a parade of towering greats from stage and screen including Johnny Depp, Penélope Cruz, Willem Dafoe, Judi Dench and Derek Jacobi. 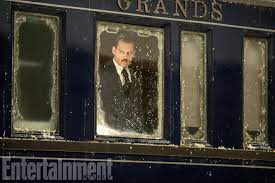 The 2017 version, co-produced by Ridley Scott, with a screenplay by Michael Green (the writer of Blade Runner 2049 and Alien: Covenant)  sets up the classic whodunnit with 14 strangers boarding the long-distance  passenger train that connects Istanbul with Paris.

A businessman named Ratchett (Johnny Depp) is murdered at night in the compartment next to Poirot. The train gets marooned in an avalanche (a snowdrift in the book) and the plot follows Poirot’s interrogation of each of the passengers in the hunt for the killer. 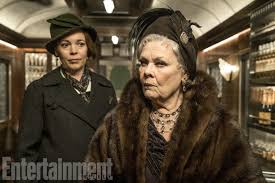 The appeal of the film is clear: stars are not being asked to play anything run-of-the-mill. They are showcased in sumptuous 1930s glamour, dressing for dinner (even on a train), and the cooks produce delicious  fancies such as walnut soufflés.

‘I liked the sense that I could let the audience escape into that world,’ says Branagh, ‘where the details of what the characters are touching, seeing, eating, drinking, wearing are a significant part of the pleasure.

‘We live in a world where everything is so transient and quick, it  seemed to me a period in which, from a piece of linen to a glass of water to an arrangement of flowers, there could be a way of evoking a parenthesis of calm in an incredibly rushed life.’

An ‘avid reader of crime fiction’, he last read the book years ago, but admits to being surprised when he reread it. ‘I’d forgotten how it worked out! ‘I liked the ensemble [nature] of it,’ he continues, ‘I like it being enclosed in snow, the claustrophobia. And it’s a tale that sums up the golden age of travel: a world in which you feel the miles under your feet.