Richard Armitage: 'Berlin Station' Is Back, And Tackling The Rise Of The Far-Right In This Season 2 Exclusive Clip 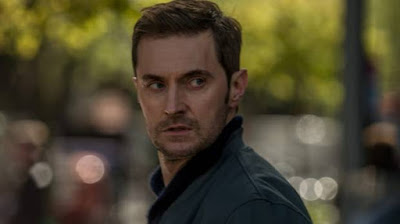 Berlin Station's debut season provided a modern twist on the espionage genre, depicting the stealth, double-crossing attempts of the CIA's attempt to discover the identity of whistleblower, Thomas Shaw. Returning for Season 2, the EPIX show will this time turn its attention to a wider and painfully topical issue of the rise of far-right political parties across Europe.

Under the direction of new Station Chief BB Yates (Ashley Judd), Daniel Miller (Richard Armitage), Robert Kirsch (Leland Orser), Valerie Edwards (Michelle Forbes) and the rest of the team will return, tasked with another covert and arguably higher-stakes mission — to investigate the root of a conspiracy to swing the election in the far-right's favor.

In Movie Pilot's exclusive clip below, Valerie is joined by fresh CIA recruit April Lewis (Keke Palmer). The pair are preparing to bug the home of Katerina Gerhardt, the charismatic leader of the German Alt-Right political party. As part of the conspiracy, the #BerlinStation team will be tasked with an unsanctioned mission to prevent a potential terrorist attack from the far-right.