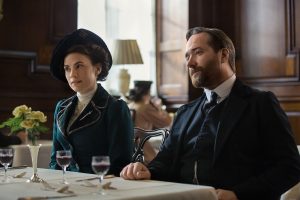 BBC One’s four-part drama Howards End will premiere on Sunday November 12th at 9pm, it has been announced. 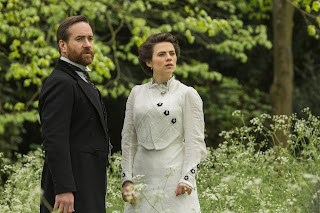 Based on the E.M. Forster novel of the same name, Howards End explores the changing landscape of social and class divisions in turn of the century England through the prism of three families: the intellectual and idealistic Schlegels, the wealthy Wilcoxes from the world of business, and the working class Basts. The four-parter is produced by Playground in association with City Entertainment and KippSter Entertainment and stars Hayley Atwell, Matthew Macfadyen, Julia Ormond, Philippa Coulthard, Joseph Quinn, Rosalind Eleazar, Tracey Ullman and Alex Lawther.

Posted by Karen V. Wasylowski at 9:44 AM