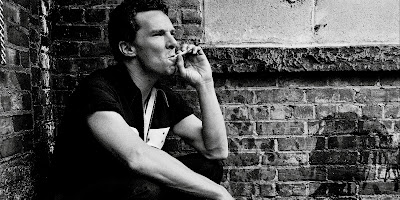 It seems like a lot more than seven years have gone by since Benedict Cumberbatch first donned his deerstalker as Sherlock Holmes, the alarmingly incisive yet socially inept detective in the BBC series that catapulted his Hollywood career. That’s because, in the ensuing time, the London-born actor has graduated from fan-girl obsession to franchise superstar, while steadily appearing in a succession of prestige projects in theater, film, and television. His mix of gravitas and humility works exceptionally well in fantastical worlds: as Khan in Star Trek Into Darkness (2013); as Smaug the dragon and the Necromancer in The Hobbit film series (2012, 2013, 2014); and as Dr. Stephen Strange in Marvel’s Doctor Strange (2016), a role to which he will return in next year’s Avengers: Infinity War. Back on planet Earth, Cumberbatch has a knack for inhabiting the minds of geniuses, empathetically depicting WikiLeaks founder Julian Assange in The Fifth Estate in 2013; Alan Turing in The Imitation Game the following year (for which he earned Golden Globe and Academy Award nominations); and, most recently, Thomas Edison in The Current War, in theaters next year.

Now 41, Cumberbatch is considered one of the most accomplished and ambitious actors of his generation. It would be an understatement to suggest that he has a serious streak, but as his friend, the legendary Radiohead rocker Thom Yorke, is determined to prove, all men—no matter how focused—contain multitudes. 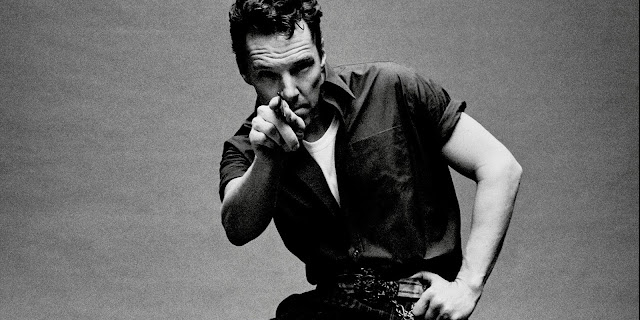 THOM YORKE: I don’t have any chronology to my questions. My approach is a bit more random, a bit more Just Seventeen [an out-of-print British teen magazine]. I actually want to start with the year you taught in a monastery in Darjeeling when you were 19. How was that experience?


BENEDICT CUMBERBATCH: It was in an exiled Tibetan community, just outside of Darjeeling, on the border. It was a little hill station town. I was one of five teachers who had done a training course. It was extraordinary, but it was quite an isolated experience.

YORKE: How long did you do that?

CUMBERBATCH: It was five months. I spent half a year working odd jobs to build up funds for the airfare and to pay for the course. You’re not paid for the teaching; you’re paid in experience. You’re surrounded by the monks and their lives. It was a small monastery, and the top floor was the temple. I was living on the bottom floor, which was pretty damp and had huge spiders. I think it was just near the end of the rainy season; I can’t remember, but it was cold. And because it was so high up, you would open your window, and the clouds were like dry ice rolling across your desk. Nature was ever present; that was gobsmackingly beautiful, as was the spirit and nature and philosophy and way of life of these monks.

YORKE: It sounds like you absorbed a lot of that, just by being there. You didn’t have to study it.

CUMBERBATCH: Exactly, it just seeped in. The personalities of the monks were louder than any lesson.