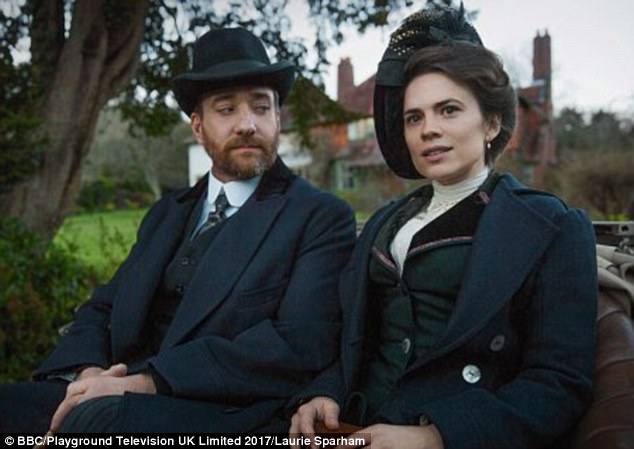 The setting is as splendid as you’d expect for the BBC’s latest costume drama.

Just outside the stunning stately home in the grounds of the picturesque, 5,000-acre West Wycombe Estate in the Chiltern Hills, there’s a marquee overlooking the lake.

Inside, it’s beautifully decorated with intricate winding flowers flowing from ornate Edwardian vases, and the table is laden with vintage crystal champagne glasses, along with decorative platters of fruit and cakes baked to the recipes of Victorian cook Mrs Beeton.

The table, and indeed the stage, is set for one of the most pivotal and dramatic scenes in the new adaptation of EM Forster’s novel Howards End – the wedding of rich businessman’s daughter Evie Wilcox to Percy Cahill at her family’s country estate, Oniton.

By the end of the reception, however, the three very different families the story centres on will have collided to disastrous effect.

And as the millions who’ve read Forster’s book or wallowed in the glorious 1992 Merchant Ivory film will know, what follows is destitution, tragedy, manslaughter and incarceration. 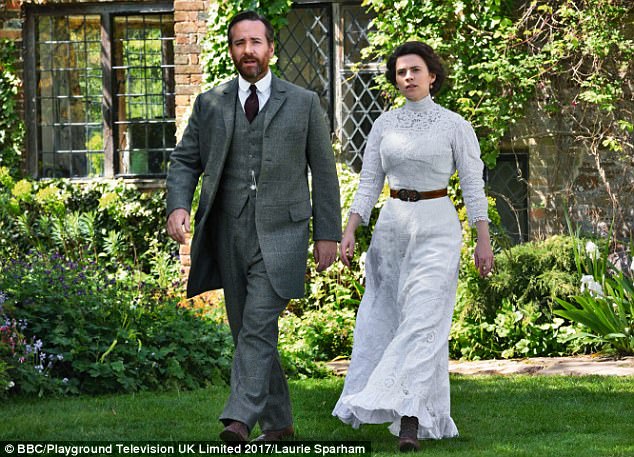 Despite Forster’s book being 107 years old, the themes still feel uncannily modern. The story revolves around three families in England at the beginning of the 20th century – the Wilcoxes, rich capitalists with a fortune made in the colonies, the half-German Schlegel siblings Margaret, Helen and younger brother Tibby, bohemian intellectuals who have much in common with the real-life Bloomsbury Group, and the Basts, an impoverished young couple from a lower-class background. Howards End, Mrs Wilcox’s beloved ancestral home – albeit a pile far less grand than Oniton – is almost a character in its own right too, becoming integral to the complex relationships between these three very different strata of society.

And this new four-part adaptation shows just how timeless, and at times brutal, the tale is.

‘Our series has been written to be deliberately not too earnest. In some ways it doesn’t feel like a period drama at all,’ says Hayley Atwell, who plays the central character of Margaret Schlegel in the drama, which has been adapted by American Kenneth Lonergan who won a BAFTA earlier this year for his film Manchester By The Sea.

‘We were all told not to watch the Merchant Ivory film because this was going to be very different. Despite the constrictions of the costumes and the period, we did feel we wanted to make it accessible to modern audiences by not making it feel mannered.’

Even Emma Thompson, who played Margaret in the 1992 film, told Hayley (who played Emma’s character’s daughter in the 2008 film version of Brideshead Revisited) not to refer to the Merchant Ivory version. ‘She said, “Don’t watch the film. She is you and you are she and she is you.”’

That’s not to say this lavish drama skimps on the things period fans love. There are plenty of corsets and bonnets, beautiful houses, high teas and even a former Mr Darcy in Matthew Macfadyen playing the businessman Henry Wilcox.