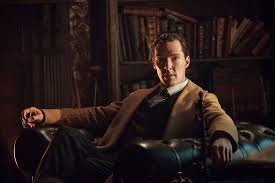 Many fans are now thrilled for the up-and-coming series Sherlock Season 5, which explains why it is one of the much-talked-about shows online. However, due to the lack of information about it, avid followers of the franchise are forced to create their theories and predictions.

EconoTimes reported that Sherlock Season 5 is very unlikely to premiere soon due to many personal and technical reasons. One major reason why the imminent fifth installment is not dropping any time soon is because of the tainted friendship of series main stars Benedict Cumberbatch and Martin Freeman.


Followers of the two actors can recall how they previously shaded each other. Freeman voiced his aversion at fans' unrealistic expectations for the series and how they responded to the series' fourth installment. Cumberbatch did not like his co-star's statement and even described it as "pathetic." This, then, made fans speculate that Sherlock Season 5 might not happen at all. 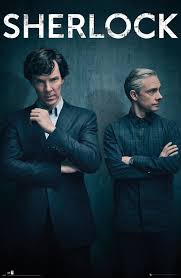 Freeman, however, made it clear that he is very appreciative of the things the series had done to the fans, staff, and cast. Despite the alleged spat, showrunners Mark Gatiss and Steven Moffat are still interested in doing Sherlock Season 5.
"Well, we're never not talking to each other because we're friends! We hang out," Moffat told CinemaBlend when asked about the possibility of having Sherlock Season 5. "We've never said necessarily goodbye to Sherlock. No, we'll see. We'll see," the series creator added.
What most fans do not know is that Moffat and Gattis are, currently, doing a new series titled Dracula, which is a project in collaboration with BBC and Netflix. This, according to the same report, is also one of the major hindrances that prevent them from working on Sherlock Season 5.