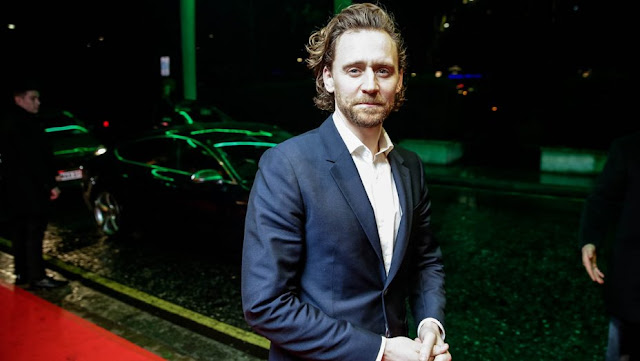 Eddie Redmayne, Tom Hiddleston, Patrick Stewart, Michelle Yeoh, Jeremy Irons and Anna Friel honored the charitable side of BAFTA on Friday night as London began its celebrations in anticipation of Sunday’s film awards with the lavish annual Film Gala, this year at the city’s Savoy Hotel.
Host of the Sunday film ceremony, Joanna Lumley, was showing no nerves ahead of her gig, saying she was “thrilled, looking forward to it so much." Returning for a second year to front the ceremony, Lumley told THR, “you don’t have to stress because it’s just me saying ‘isn’t our industry great and here are the brilliant people in it’.”
The death of actor Albert Finney was fresh on everyone’s mind, with Lumley saying she "adored: him. "We did A Rather English Marriage – I did it with him and Tom Courtenay. I couldn’t have loved him more. He was generous, funny, wise, ridiculously attractive. Everyone adored him, men and women alike. We used to do The Times crossword puzzle together.”
Hiddleston also worked with Finney and remembered him fondly. "He was the most kind, the most gracious, the most inspiring actor,” Hiddleston said. “It was really my first significant professional acting role, playing Randolph Churchill in The Gathering Storm, in which he (Finney) played Winston Churchill. I was 20 years old, very nervous, and he could not have been more charming and helpful, kind and considerate. And he bought me a whiskey afterwards!”
As for the evening’s gala, the aim of which was to raise funds to benefit those wanting to break into the industry, Hiddleston explained how BAFTA does “so much work, often unsung work, about leveling the playing field for everyone, keeping the doors open for everyone no matter where you’re from, whatever background. If you have a story to tell, BAFTA want to hear from you.”
Added Yeoh: "Any opportunity you get to be able to shine the light on a charity is always good. It’s important that we are not just seen to be doing something frivolous or glamorous, but it’s got heart and it’s got soul because I think the movies that we do have heart and soul, so it all ties in.”
Change is being seen, claimed Jason Isaacs. "When you work in the industry, and you may not know what BAFTA is doing, but you see around you the landscape is changing in terms of the number of women, people of color and people from different social backgrounds coming through the industry," he said.
After a champagne reception, a Great Gatsby-themed dance opened proceedings with host Claudia Winkleman welcoming on stage recent winners of the BAFTA young presenters’ scheme.
The Hollywood Reporter
Natalia Jamieson

Posted by Karen V. Wasylowski at 8:05 AM