The story of Sidonie-Gabrielle Colette, a heroine of French literature, focuses on her early struggles. KEIRA KNIGHTLEY 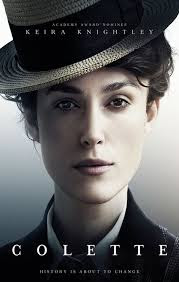 No one ever made a good movie about writing. Scribbling or tapping away at keys does not a gripping drama make. It’s the life of the scribe that matters: scandal, strife, experience. An Ernest Hemingway biopic would be unwatchable if it weren’t for the constant drinking and occasional plane crashes. 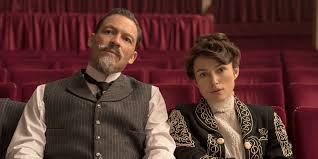 Sidonie-Gabrielle Colette, the French woman of letters and Nobel nominee, crammed in about as much as Hemingway, her career spanning the charmed peak of La Belle Époque to the end of World War II. With Keira Knightley in the titular role, Colette charts her earlier years, from prim country girl to dedicated libertine.
During the film’s unpromising opening, she’s plucked from her idyll by handsome suitor Henry Gauthier-Villars (Dominic West), better known to Parisian society as “Willy”: a muckraker and connoisseur of popular filth, for whom the truth is something that always needs to be sexed up.
He introduces Colette to the city’s voluptuous charms: a demure Louisiana belle (Eleanor Tomlinson), saucy vaudeville acts, the transgender pioneer Mathilde de Morny (Denise Gough). But he turns out to be both adoring and manipulative. He publishes one of Colette’s novels under his own name, takes the credit for creating the semi-innocent, semi-Sapphic schoolgirl character of Claudine and bows alone for the applause of an enraptured audience. We’re in similar territory to the recent Glenn Close movie The Wife, or the rumours about Vladimir Nabokov and F Scott Fitzgerald. 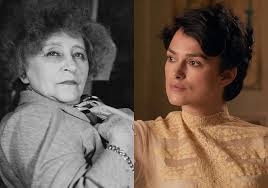 Willy is no outright villain, though. His love for Colette is genuine, although selfish, earnest but blind. He’s a product of a scandalous age. And it’s here that Knightley, so familiar with these bodice-ripping period pieces, truly excels. She plays Colette with an irrepressible sense of dignity: rather than condone her husband’s philandering, she demands honesty. Rather than churning out Claudine novels, she runs off to the theatre.
Posted by Karen V. Wasylowski at 12:29 PM