Sean Bean told he will not face charges over allegation he harassed his former wife Actor gave DNA and had fingerprints taken at police station He was arrested on suspicion of harassing his fourth wife Georgina Sutcliffe Bean, 53, has been told no further action will be taken By DAILY MAIL REPORTER 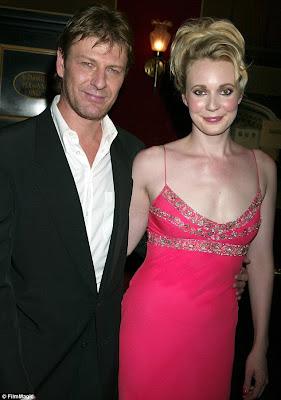 Actor Sean Bean has been told he will not be prosecuted after being arrested on suspicion of harassing his former wife.

The Lord of the Rings and Game of Thrones star, 53, was arrested over claims he sent abusive texts and calls to actress Georgina Sutcliffe.

But Sheffield-born Bean, who lives in north London, has been told the matter would not be pursued further.

A Scotland Yard spokesman confirmed: 'He was told he would face no further action.'

Email ThisBlogThis!Share to TwitterShare to FacebookShare to Pinterest
Labels: Sean Bean, Sharpe, the lord of the rings