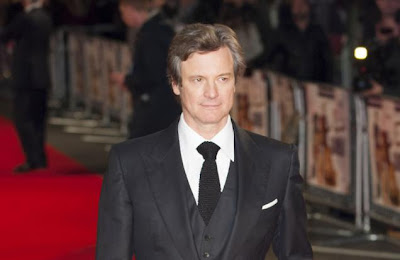 Colin Firth is being lined up for Woody Allen's new movie.

The 52-year-old actor is being courted to play the lead in the 'Midnight In Paris' filmmaker's new whimsical comedy, according to Deadline.

Colin is likely to join 'The Amazing Spider-Man' actress Emma Stone in the project, who is rumoured to have become Allen's new muse.

The director is expected to film in the South of France and will write, produce and direct the as yet untitled film.

This comes after it was announced Colin has entered negotiations to star in Matthew Vaughn's forthcoming adaptation of comic book series, 'The Secret Service'.

The Oscar-winning actor will play a man who sends his nephew off to a British spy school which transforms young troublemakers into refined, James Bond-style secret agents.

Casting is underway for the part of the unruly nephew after Aaron Taylor-Johnson - who starred in Vaughn's 2009 movie 'Kick-Ass' - turned down the role.