Alan Cummings: A host of stars turned out to see Alan Cummings in a new production of the Shakespeare tragedy (E.) BY JOANNA CRAWLEY ON APRIL 22, 201 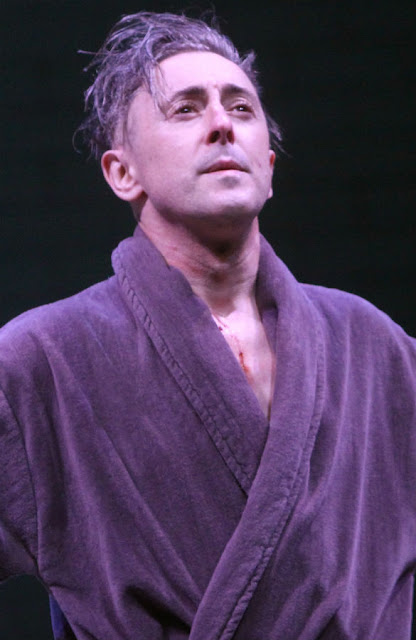 Alan Cumming's new production of Macbeth might be a one man show but the Scottish star was supported by a full cast of friends at the opening night on Broadway yesterday with Jodie Foster, Rosario Dawson and Jonny Lee Miller all in attendance.

The actor's friends and co-stars came out to support his big night with Alan's The Good Wife co-star Julianna Marguiles taking her seat alongside Elementary star Jonny Lee Miller.