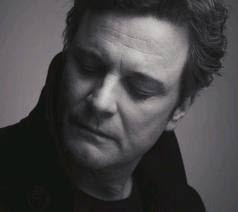 I've been on enough sets with Matthew Vaughn to know how much he loves actors. One of the great pleasures for him during the making of a film is seeing how actors enhance and evolve the scenes that have been playing in his head since he decided to make the film.

I have yet to catch up with "The Secret Service," one of the 47,378 series that Mark Millar is currently publishing, but when I was in London in November to visit the set of "Kick-Ass 2," there was already a sense that Vaughn's next film would be "The Secret Service," and that he was in a hurry to get it started because he was worried someone would try to make a similar movie if he didn't do it soon.

According to a report tonight on Latino Review, Colin Firth is the first name cast in the film, and he'll be playing a superspy working for MI6 who becomes a mentor to his young slacker nephew. The spy, known as Uncle Jack, wants to usher his nephew into the same life that he leads, but he's not sure it's going to work. Mark Millar has described the series as "James Bond meets 'My Fair Lady,'" and that certainly seems like a high concept that could kickstart a series if done correctly.

Posted by Karen V. Wasylowski at 9:38 AM