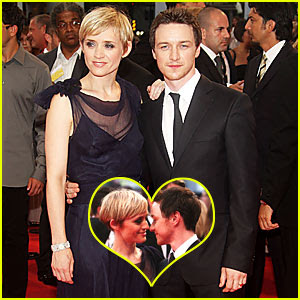 Why return to Shameless after all these years?

I made a drunken promise as I was leaving that I’d come back to play Fiona Gallagher for the very last episode – never thinking it would happen! It was extraordinary: same grim and grubby kitchen, same props... It was lovely.

Did falling for James McAvoy off-screen as well as on make the “shameless” scenes awkward?

I’m not going to go into that! But yes, I’ve got a lot to be grateful for. It’s extraordinary what happened to us all – we all thought this was probably a Titanic of a programme at the beginning. It’s been such an incredible opportunity for all of us.

Why do you think Fiona is such a good character?

I think Paul Abbott writes so beautifully – especially for women. They’re never just archetypes. Fiona was sexy, funny and naughty and at the same time had this huge moral code.

What can’t you miss on TV?

A really good British drama. America is the most innovative at the moment but I think British drama is always higher quality. Recently I’ve been totally glued to The Village.

And when you’re after something a little more... Trashy?

The Voice! There doesn’t seem to be the humiliation aspect of a lot of other talent contests.

So you could never be tempted by I’m a Celebrity...?

No way, José! There’s not enough money in the world. I think those shows are a little bit unhealthy.

Come Back Lucy, which was about a little girl who lived in a haunted house. I would sometimes pretend to be her when I was playing. I also have fond memories of watching James Bond movies on bank holidays because we’d have crisps and chocolate as a special treat.

What film have you curled up to time and again?

Brief Encounter. I find it an extraordinarily grown-up, tender love story that still stands the test of time.

Who would you invite to your dream dinner party?

Elvis Presley. I’m the biggest Elvis fan in the Western world. Ever since I saw King Creole on TV in my teens and he was pretty tasty...
Posted by Karen V. Wasylowski at 10:17 AM