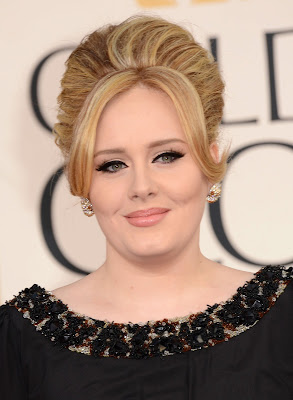 "PPP was testing the favorability ratings of some of today`s biggest music stars, and -- perhaps unsurprisingly -- a Brit earned the most accolades: Adele had 54 percent likability; close on her heels were Taylor Swift (53 percent), Justin Timberlake (52 percent) and Beyonce (51 percent). But breaking that 50 percent mark was hard for virtually everyone else -- including Jay-Z (25 percent), Lady Gaga (29 percent) and Rihanna (30 percent)."

Americans may buy Justin Bieber's music, but that doesn't mean they like him much. According to a recent survey from Public Policy Polling, the pop idol is just not considered very likable: He received 54 percent unfavorable ratings and only 20 percent likable ones in the poll, which surveyed 571 voters on May 6 and 7 across the U.S.