'Late developer' Benedict Cumberbatch: I was a bit like Hugh Grant around women (NOW MAGAZINE) 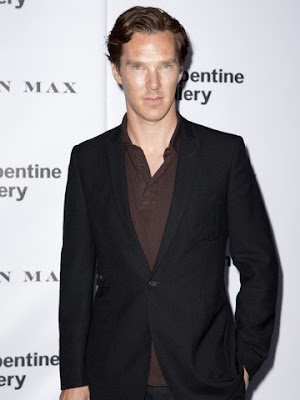 Benedict Cumberbatch has revealed that he was very awkward around women when he was younger.

The Sherlock star might be a heartthrob these days but he admits he was a late bloomer and struggled to talk to girls during his school days.

‘But the one grace of an all-boys boarding school is that you could lie about what you'd done on your holidays. Not like a mixed school, where you had to parade your girlfriend around the playground.


Read more at http://www.nowmagazine.co.uk/celebrity-news/544775/late-developer-benedict-cumberbatch-i-was-a-bit-like-hugh-grant-around-women#M2qZ3L6tS4A8lrZq.99
Posted by Karen V. Wasylowski at 11:17 AM