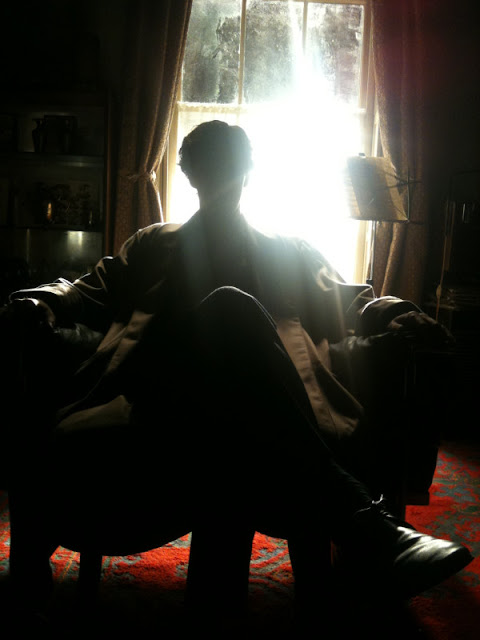 Sherlock's not usually one to enjoy downtime – he'd rather be out on a case or shooting holes in the living room wall while repeatedly shouting the word "Bored!" at anyone who'll listen. But it seems as if getting the first two episode of series three in the can was enough to prompt even Benedict Cumberbatch's detective to slip on his dressing gown (or smoking jacket) and have a nice sit down.

Posted by Karen V. Wasylowski at 8:26 AM