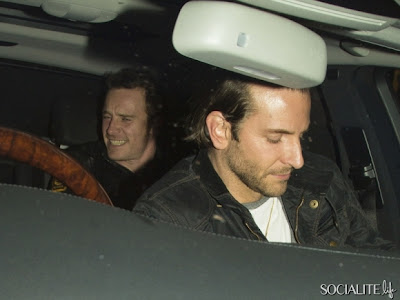 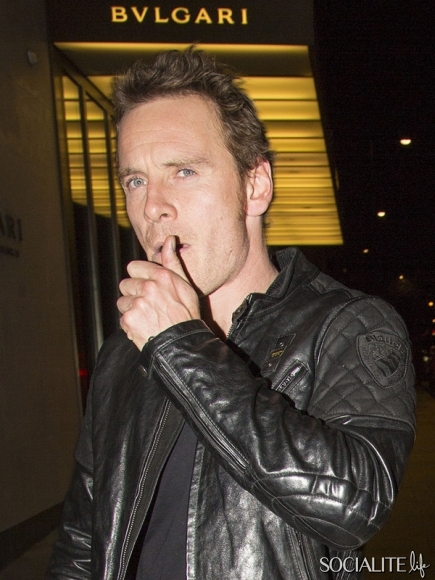 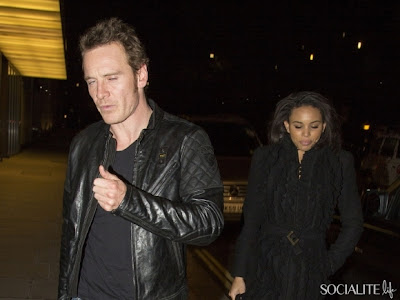 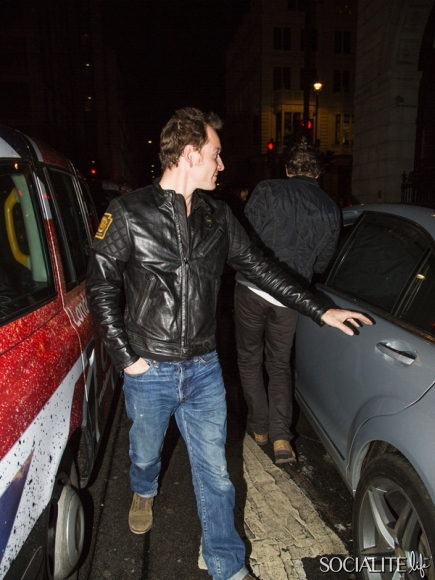 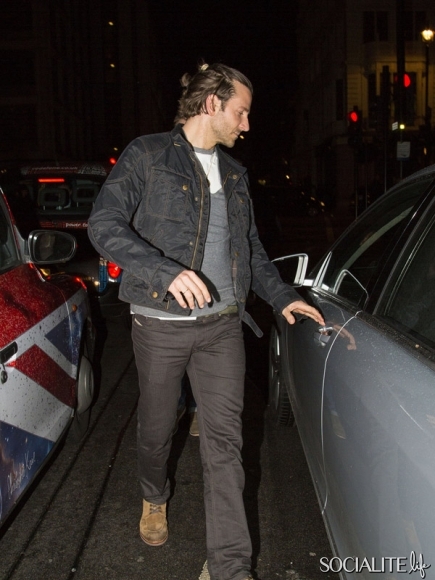 Actor Bradley Cooper pictured leaving the Wolseley after having a meal with Michael Fassbender and his girlfriend before heading back to the Bulgari Hotel in London, England on May 24, 2013

Actors Bradley Cooper and Michael Fassbender, along with Michael’s new girlfriend, enjoyed a meal together last night (May 24, 2013) at the London restaurant Wolseley.

Afterwards, the group carried on the party at The Bulgari Hotel in Kensington till 1am. There was no sign of Bradley’s girlfriend Suki Waterhouse. Maybe she wasn’t grooving on the mini-ponytail that Bradley was sporting. It would definitely be a deal killer for me.