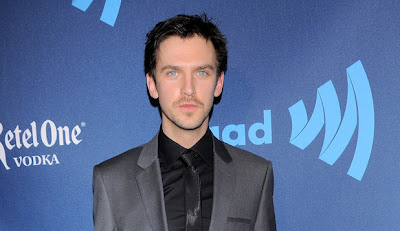 Dan, who played Matthew Crawley on the ITV period drama before he crashed out in December, would be up for starring in the movie.

He told Metro: "I think we could start afresh if we hit the big screen and I would be up for that."

Dan seems to be alluding to his controversial exit from the show, which left many devastated - even show creator Julian Fellowes didn't seem happy.

Julian reportedly said after Dan's exit, which aired on Christmas Day when Matthew crashed his car on the day Lady Mary gave birth to his baby son: "I had no choice.
"Dan would not stay - he was determined to go. Everyone liked him and thought he was fantastic."

“I tried to persuade him to come back just for one episode of the next series so we could give Matthew and Mary a happy ending but he wanted to go off to America.


READ MORE: http://www.sofeminine.co.uk/celebrities/downton-abbey-news-dan-stevens-hints-at-possible-movie-of-the-show-s61001.html
Posted by Karen V. Wasylowski at 8:36 AM