Richard Armitage: It cost $1.6m to get a face like this! Richard Armitage's Thorin make-over for The Hobbit By Kate Midena May 01, 2013 1:32PM (Adelaide Now) 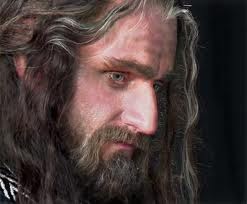 EVER wondered what it would take to make a beautiful man look like a dwarf?

Three hours in the make-up chair, ten test faces, a wig, a beard, some body padding, eight weeks of dwarf-walk training and $1.6 million worth of prosthetics.

Richard Armitage, who plays Thorin Oakenshield in the JRR Tolkien/Peter Jackson-adapted The Hobbit, revealed to news.com.au the lengths it took to transform him into the King Under The Mountain.

"Well it's my beard, which I'm growing back in time for the next lot of filming, the hair is a wig which strangely a lot of people don't realise, but the forehead the eyebrows and the nose are all prosthetics.

"It takes about three hours to get ready - about an hour and a half for the face and 45 minutes for the hair. If we started shooting at eight o'clock we would have to be in the chair at 4.30am. That's over 270 film days. 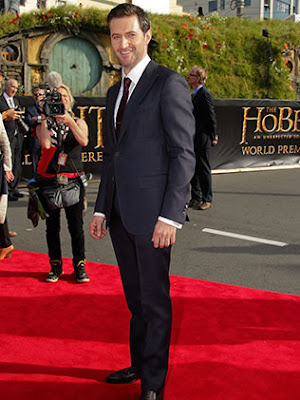 "Each piece had a price tag on it that would make you baulk. They cost about $2000 each, you only stick them on once because they’re so delicate, and once the day is over you throw them in the bin. I had a collection of Thorin's eyebrows stuck to the wall, each eyebrow hair had to be punched in by hand, and if you think that every single time it has to be identical, it's just a work of art. Our prosthetic artist would spend each night punching eyebrow hairs into the mould, being so meticulous about it. It's a whole new world of skill.”

But the real question for Armitage, who won legions of fans thanks to his roles as Lucas North on Spooks and John Thornton in North & South, is: Why cover up such a delightful nose in the first place? It has, after all, inspired countless tumblr pages, websites and blog posts.

"Do people really think that about my nose? I spent my whole life hating it so it's amusing that people like it!" Armitage said

"When they started putting a big nose on me I was like, ‘Are you sure I really need this?’ I could have gotten away with not having it! But funnily enough at the end of the day, I'd pull the nose off and hold it there just to see what it looked like and my own nose looked so tiny, it was great."