To celebrate the release of The Hobbit: An Unexpected Journey in Australia on May 1st, Popcorn Taxi had a special showing of the film with a Q&A session with Richard Armitage.  RingerSpy and long time message board member, Deleece Cook aka Elven, was lucky enough to attend and sent us the following report on the night. 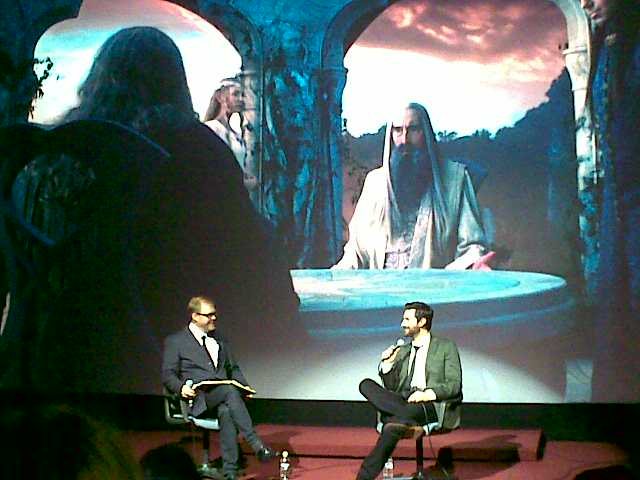 700 smiling excited Thorin Fans were in the audience – and they had come from all over Australia for the event – this is what they had been waiting for hours to see. And it didn’t disappoint. It was a wonderful night of entertainment and surprises – Richard was a talkative guest; relaxed, smiling and laughing through the interview and he tried as best as he could to answer every question put to him from the fans, and from the host Oscar Hillerstrom. 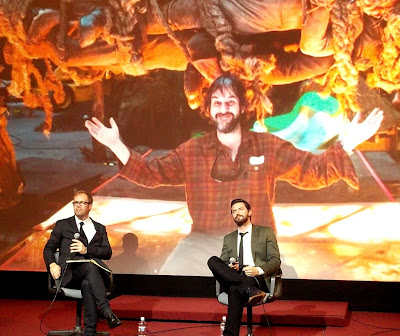 Here’s how the night went – plenty of laughter and cheering and just a great vibe all round!…

Chris Murray: “Good Evening! Do I need to ask how you’re doing? Um, I’ve never been to an underwear sale at David Jones but I suppose this is the closest thing. Ladies and Gentlemen my name is Chris Murray and I am the Creative Director of Popcorn Taxi. It gives me no greater pleasure and enormous privilege to have you here tonight to see on the big screen The Hobbit. But not only that I know why you’re here… Richard Armitage on that seat ladies and Gentlemen” 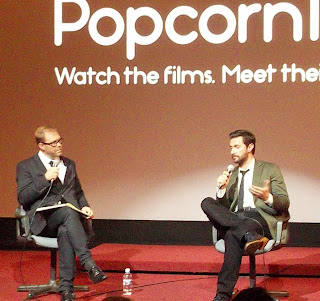 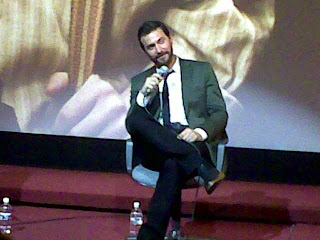 Oscar Hillerstrom: It’s an honour and a privilege to be here with you ladies and gentlemen.  I think not many of you won’t know that Richard Armitage literally ran away to join the circus as a young chap. He has then continued down a career path which I think most people would have been quite  happy with. We have seen him in North & South, Spooks, and of course as Guy of Gisborne in Robin Hood (applause & cheers) – some of you may have even seen these shows, I don’t know (laughter)… but it is the one moment where he had a meeting with some friendly New Zealanders in London – that changed his life, and changed our lives – because it’s a fruition of Actor, Director and soirée which has bought Thorin Oakenshield to life. And now ladies and gentlemen I’d like you to meet the Actor who has done just that. Put your hands together for Mr Richard Armitage. 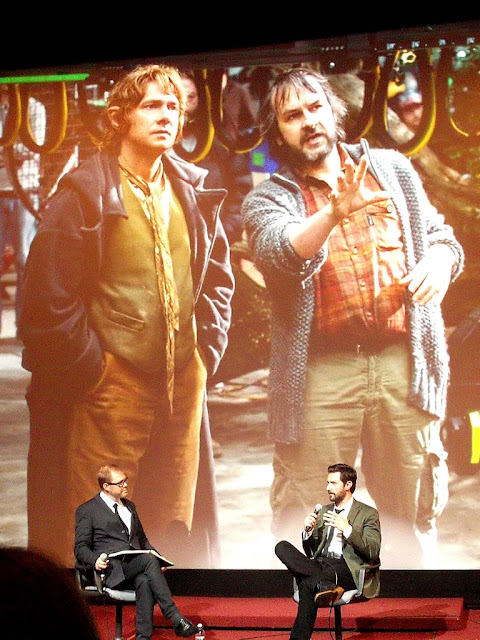 Richard walked on stage to a deafening round of applause, looking relaxed and happy he greeted and waved to the audience, and then said hello to a few fans that he recognized who had been at a TV studio earlier on in the day. Some fan questions had been sent in from the Richard Armitage Army and Oscar was going to put those questions to Richard in the course of the interview.

Oscar Hillerstrom: You brought yourself to Thorin Oakenshield. There’s so many facets of the role but at the same point this is a character that’s is indelible in the mind for many audience – What does in fact playing Thorin Oakenshield leave with you with as a person and an Actor?

Richard Armitage: I think it’s kind of an interesting question because I haven’t left Thorin Oakenshield yet. So, he’s kind of  still with me, but I think the one thing I discovered about myself creating the role was the realization about leadership by example – because I’m not really a born leader as a person and I found in him a nobility which is about leading by example – not necessarily by dictation, so really, that’s the biggest thing I learnt for myself.

Oscar Hillerstrom: So if you’re in trouble… pick up a piece of wood and hit somebody…

Oscar Hillerstrom: Words to live by.

Oscar Hillerstrom: One of the most interesting things about this particular character is the heavy make-up that you work with. Were you surprised and shocked by how different you look onscreen – and was the acting process similar to say mask work where you’re trying to convey emotion through that makeup and the giant beards?

Richard Armitage: When I met Peter – you actually get a character breakdown and it does say ‘will be required to wear some prosthetics’ so I knew there would be something whether it was some ears or something like that. But it was extensive and the initial manifestation of Thorin was much greater than what you see there. They worked with my own face to try and make it look like it wasn’t too dramatic – which was a slow process – it changed throughout the course of the filming.

I did do mask work at drama school so it was useful to see my face and try and make it move in the mirror, and I spent a lot of time doing that. I also worked with Tammy  my prosthetics artist to try and make sure that the flashing on the eyes wasn’t too heavy so I could move my eyebrows. And the eyes move in such a sensitive way that I didn’t want it to be prohibitive in any way because I felt that the key to seeing into Thorin’s heart was through his eyes, and I was nervous about having all of that on his face. But I think it worked out ok and when I took the prosthetic off, my face was much more animated than I normally am as a person, but that was because of the muscles being exercised a little bit more.