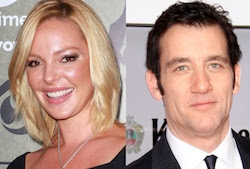 The film follows an American woman working in London for the U.S. State Department. When her offices are bombed, she, the lone survivor, finds herself caught up in a conspiratorial plot, leading to her becoming a fugitive from the law. She only has until New Year's Eve to clear her name and stop another targeted attack.