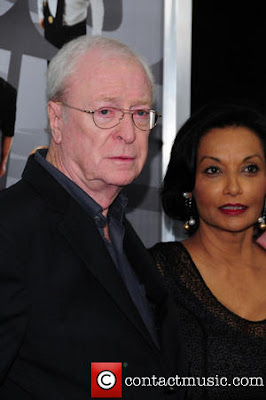 The Italian Job star previously insisted he would step away from the movie business when he turned 80 in March (13), but he decided to abandon the plan and carry on making films.

Caine is adamant he wants to win another Oscar by the time he retires, and has given himself 10 more years to do it.

When asked whether he is planning to try for a third Academy Award, Caine tells Parade.com, "Yeah, I'll have another go and then retire when I'm 90."

He also reveals he wants to work with recent Oscar winner Jennifer Lawrence, who picked up a Best Actress trophy for her role in Silver Linings Playbook.

He adds, "I think she's wonderful. I voted for her for the Oscar. I'd love to play her grandfather or something."