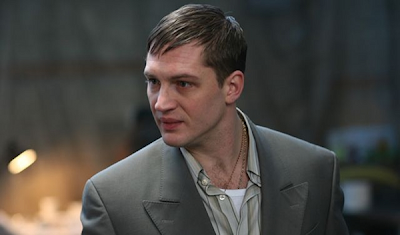 British actor Tom Hardy is the favourite to land the role of Sir Elton John in an upcoming movie biopic, according to reports.

The Dark Knight Rises star is said to be in talks to tackle the lead role in Rocketman, a movie-musical telling of the story of the singer's rise to fame, according to Hitfix.com.

READ MORE: http://www.contactmusic.com/news/tom-hardy-linked-to-elton-john-role_3693587
Posted by Karen V. Wasylowski at 8:02 AM