Attention Amazon: Tom Hiddleston’s fans are ready to give you money – are you ready to take it?May 29, 2013. 7:42 am • Section: The Cine Files (MONTREAL GAZETTE)

British actor Tom Hiddleston arrives at the screening of the film "Only Lovers Left Alive" on May 25, 2013 at the 66th edition of the Cannes Film Festival (ALBERTO PIZZOLI/AFP/Getty Images)

A company named AudioGO – “The home of BBC Audiobooks” has announced that British actor Tom Hiddleston will record audiobooks of Ian Fleming’s James Bond novels Octopussy and The Living Daylights. This makes lots of sense, because his fans absolutely love to hear him talk. The recordings will be available in September, as CDs or as Internet downloads.

AudioGO has lots of experience with this sort of thing; it has already recorded The Man with the Golden Gun, read by Kenneth Branagh, On Her Majesty’s Secret Service, read by David Tennant (of Doctor Who fame), Moonraker, read by Bill Nighy, Diamonds are Forever, read by Damian Lewis (of U.S. TV show Homeland), Live and Let Die, read by Rory Kinnear, The Spy Who Loved Me, read by Rosamund Pike, along with several other selections. 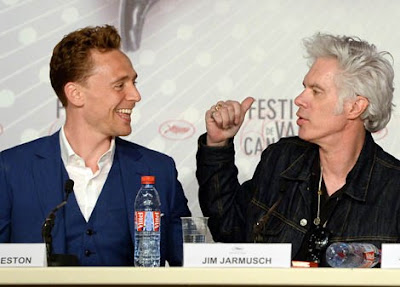 News of this project created much excitement among Hiddleston’s fans, since many of them would like to see him play 007 in a film one day, and the audiobook could serve as an audition of sorts. Can you imagine the disappointment, bewilderment and grumbling when they (we) learned that these audiobooks won’t be available in the U.S. or Canada?

AudioGo’s UK Facebook page says it does not have the rights to sell the audio books in the U.S. or Canada. 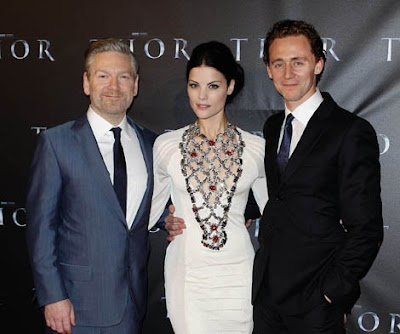 (Brendon Thorne/Getty Images)
. . .with Kenneth Branagh, left,  in the film Thor and the TV series Wallander. . .(that’s Jaimie Alexander in the centre).

A quick Internet search found a Los Angeles Times article from 2012 that says that Amazon.com had announced its purchase of the North American rights to Ian Fleming’s James Bond books.