Keira Knightley looks set to join Benedict Cumberbatch in a film based on the life of ground-breaking mathematician and Enigma code-breaker Alan Turing.

The Atonement actress is in talks to play a woman who forms a “complicated relationship” with the code-breaker, according to The Hollywood Reporter.

Although details are yet to be released, it is likely that the part Knightley is being touted for is that of Joan Clarke, Turing’s co-worker in Hut 8 at Bletchley Park, a good friend to whom he proposed marriage in 1941. 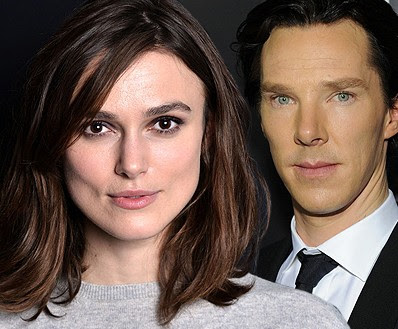 Graham Moore's screenplay, The Imitation Game, has been commissioned by Black Bear Pictures with Headhunters with Sherlock star Cumberbatch lined up to play Turing.

Turing, who was gay, apparently told Clarke, a fellow mathematician and cryptanalyst, about his sexual preference. But Clarke was “unfazed” by her fiancée’s homosexuality, according to Andrew Hodges’ biography, Alan Turing: The Enigma.

However, Turing decided he could not go through with the marriage and the pair remained good friends until his death.

The mathematician is famed for writing the first blueprint for modern computing. He also invented an electromagnetic machine called the 'bombe' which formed the basis for deciphering Germany’s Enigma codes during the war.

The work Turing and his team did at Bletchley Park has been credited with shortening World War II by as many as two years, but it is only six decades after his death that Turing’s contribution is beginning to be fully acknowledged .

READ MORE: http://www.independent.co.uk/arts-entertainment/films/news/the-imitation-game-keira-knightley-in-talks-to-costar-with-benedict-cumberbatch-in-biopic-of-enigma-codebreaker-alan-turing-8645806.html
Posted by Karen V. Wasylowski at 10:00 AM