Leonardo DiCaprio is reportedly being lined up to play the villain in 'The Secret Service', starring opposite Colin Firth. (CONTACT MUSIC) 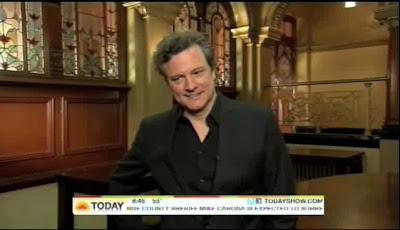 The 'Great Gatsby' actor is reportedly tipped to star alongside Colin Firth in Matthew Vaughn's new action thriller, based on the comic book series by Mark Millar and Dave Gibbons.

The star is being lined up to play a villainous character opposite Firth's secret agent and if a deal is made, the project would mark DiCaprio's first foray into comic bookmovies. A source told The Sun newspaper: ''Leo is the perfect bad guy. Comic book films aren't usually associated with him but this could be a great fit.''

The movie centres on a London hoodlum who is recruited by his uncle into a secret British spy school that transforms young troublemakers into refined, charming secret agents in the mould of James Bond.

Firth is set to play the uncle who teaches his nephew the tricks of the spy trade, while casting is under way for the other lead role after Aaron Taylor-Johnson - who starred in Vaughn's hit 2009 movie 'Kick-Ass' - turned down the part.