Kenneth) Branagh already has a strong cast lined up for Cinderella, with Downton Abbey’s Lily James in the lead role and Robert Madden as her Prince Charming. As a stepsister, Grainger would be playing the daughter of Cate Blanchett, who will star as the wicked stepmother Lady Tremaine. Something tells me someone equally beautiful is going to nab the other sisterly role. Call me crazy. 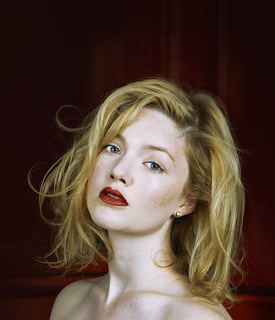 I wouldn’t be the least bit surprised if Cinderella turned into a period piece, since it seems like Grainger has become the new Keira Knightley in that respect. She currently stars in the 15th century-set, soon-to-wrap-up Showtime drama The Borgias, and will soon star as Bonnie Parker in Lifetime’s upcoming miniseries Bonnie and Clyde. In the past two years, she’s starred in Cary Fukunaga’s Jane Eyre, Declan Donnellan and Nick Ormerod’s Bel Ami, Joe Wright’s Anna Karenina and Mike Newell’s Great Expectations. I wonder if she’ll ever appear in a movie with a cellphone in it.

READ MORE: http://www.cinemablend.com/new/Borgias-Holliday-Grainger-Ridicule-Cinderella-Kenneth-Branagh-Adaptation-37987.html
Posted by Karen V. Wasylowski at 10:48 AM