The actor and former Jennifer Lawrence flame was spotted at the Canadian Formula One Grand Prix in Montreal yesterday alongside his former About A Boy co-star, Hugh Grant!

This marks Hugh and Nicholas’ eleven year reunion given the HIGHlarious British film's 2002 release! And to think Nicholas was in his early teens at the time! YIKES! 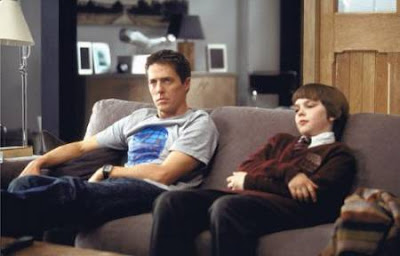