Review: Man of Steel “Man of Steel is, by far, the best Superman movie ever made.” June 10th, 2013 William Bibbiani (CRAVE ONLINE) SPOILERS!

Man of Steel is a movie we need right now, and while normally such blanket statements refer to films of great portent or contemporary significance, I’m not convinced that Man of Steel is either of those things, not really. It’s a remarkable piece of popcorn entertainment with a few lofty issues on its mind that are simply expressed beautifully throughout the film. It’s an impressive retelling of a story that is generations old, and that somehow feels fresh here, without sacrificing the greatness that began with Action Comics #1. It could, to use the common parlance, be referred to as “awesome.” But awesome no longer means “awesome.” Awesome means “strikingly cool.” Man of Steel is awesome in that it inspires a sense of genuine awe. That, dear readers, is something of value by its lonesome 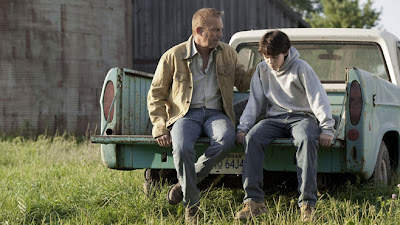 The experience that individuals will have watching Man of Steel may vary, but what I suspect most people – whether they love the film or hate it – will take away from Zack Snyder’s movie is its utter bigness. The story is told clearly, with character and personality, as all the best movies are. But few of the best movies are told with this sense of mighty scale. It’s not enough that – as he often does in Superman stories – Pa Kent dies at a crucial turning point in Clark Kent’s life. In Man of Steel he can only be swept into a tornado eating away Smallville, KS. Spoken aloud, or read in print, the half-mad plot point might even seem like a joke, but to sit and behold it on a theatrical screen, mouth open, taking it seriously because you care enough about the characters to do so, elevates Man of Steel to true greatness. 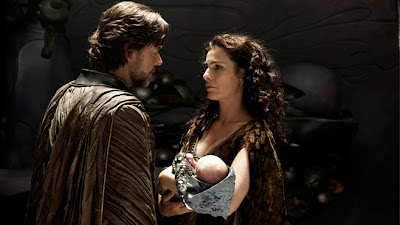 Awe-inspiring and, by far, the best Superman movie ever made, Man of Steel may not present a new standard for epic filmmaking. But it certainly evokes a grandeur rarely attempted on the big screen anymore, and achieves on a level greater than most other cinematic epics. It’s the Superman we wanted, the Superman we need, and – thankfully – the Superman we actually got this time.

Posted by Karen V. Wasylowski at 9:57 AM