One of Britain’s leading actors has said he was unaware that the News of the World had paid a member of his family for inside information on his private life.

Jude Law told the hacking trial at the Old Bailey that the first time he had learned that a family member had allegedly sold information to the now-closed News International tabloid was “today”. 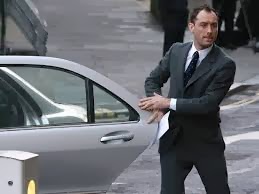 The multiple academy award-nominated actor, famous for his roles in The Talented Mr Ripley and recently alongside Robert Downey Jnr in the highly successful Sherlock Holmes films, gave evidence to the court on the period of time when he discovered his former girlfriend and fellow actor, Sienna Miller, was having an affair with the James Bond star, Daniel Craig.

Prior to being questioned about the Miller-Craig affair, Mr Law told the court that when police investigating hacking inside the NOTW had first contacted him, he was “shocked” to find how much information the paper’s specialist private investigator, Glen Mulcaire, had gathered about him.

Mr Mulcaire had pleaded guilty to hacking-related charges earlier in the trial’s progress.