Downton Abbey star Allen Leech wants to set the record straight. He was never bullied as a child nor was he a "crippling" shy kid.

In fact, the online encyclopedia Wikipedia has got his childhood all wrong, he says.

His Wikipedia page suggests Leech was cast as the Cowardly Lion in a school production of The Wizard Of Oz because needed his own badge of courage.

The Wikipedia entry says UK actor was "bullied", "introverted" and "refused to go out the front door" of his Irish home.

Leech says he's been trying to hose down the story ever since it appeared but the myth keeps popping up during interviews for the Seven Network series Downton Abbey. 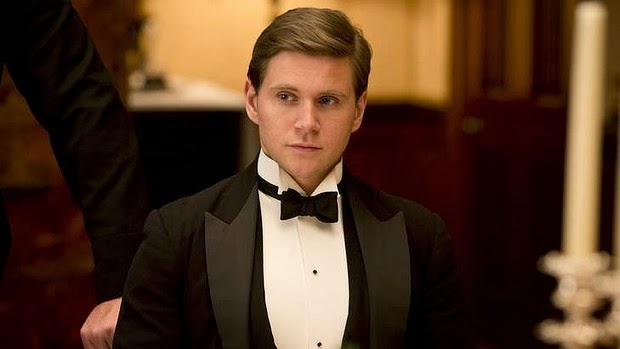 He says playing the Cowardly Lion definitely gave him the taste for an acting career but the choice of role had nothing to do with being shy.

"Playing the Lion was the first time I did any acting and during an interview years ago, a reporter latched on to that and made it up about me being shy and bullied as a kid," Leech says.

"It's just not true and I'm delighted I can set this right.

"I was never like that and I was actually a very confident kid and the reason I got the part was that I was outgoing and always up for a laugh even at that age.

"I told my agent to take it down because its's ridiculous."

Posted by Karen V. Wasylowski at 9:00 AM