Each of the recently released teasers for Noah Hawley's Fargo series seems to offer some nod to the Coen Brothers' film on which this FX drama is loosely based. At face value -- somewhat literally -- I'm not sure the latest teaser does, unless anyone can link the sight o Martin Freeman atop a rumbling washer with some scene from the 1996 film. With that said, the mounting tension within the teaser and the sight of a man who seems on the verge of unraveling does sort of throw a general nod at the film, if we consider Jerry Lundegaard's self-inflicted conflict and how it affects him throughout the movie. 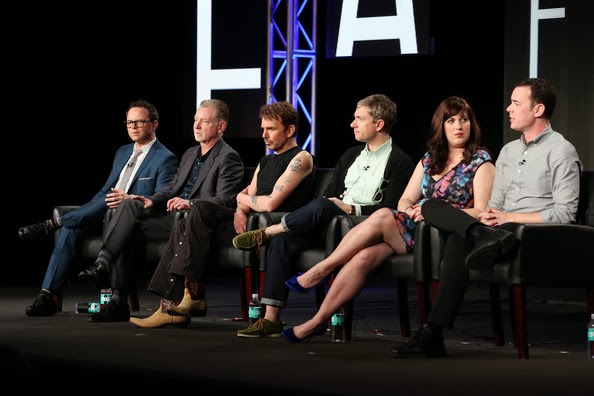 Fargo is set up as a 10-episode limited series in which Martin Freeman stars as a guy whose life is drastically changed by the arrival of a mysterious man to his snowy town. Billy Bob Thornton plays Lorne Malvo, and we know Keegan-Michael Key and Jordan Peele are on board to play FBI agents who are determined to track him down.