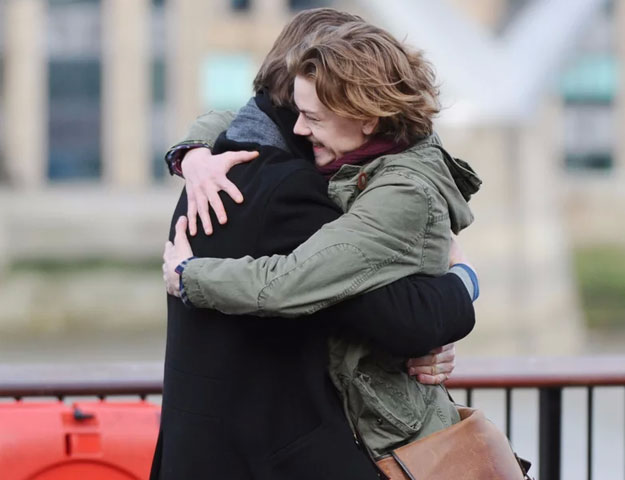 Love Actually is all set for a sequel and we are excited!

According to Popsugar, a new instalment of the the hit 2003 British rom-com is currently in the works and promises to reunite much of the original cast, including Hugh Grant, Martine McCutcheon, Keira Knightley, Andrew Lincoln, Colin Firth, Lucia Moniz, Liam Neeson, Thomas Brodie-Sangster, Olivia Olson, Bill Nighy, Marcus Brigstocke and Rowan Atkinson.

The film has finally began shooting and the first pictures are out. The pictures show Liam Neeson (Daniel), Thomas Brodie-Sangster (Sam), and Olivia Olson (Joanna) shooting for a scene. 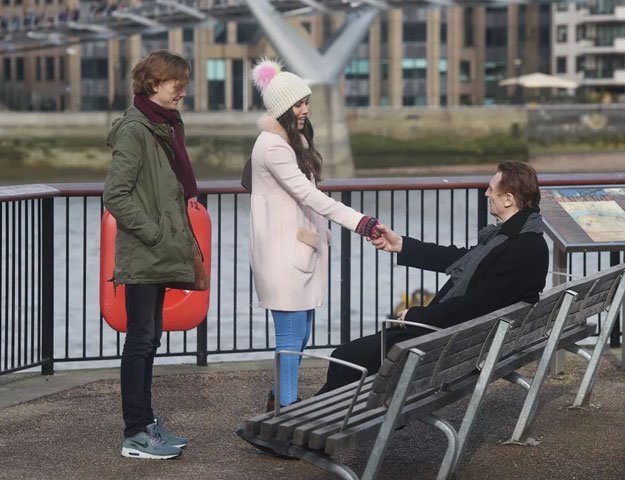