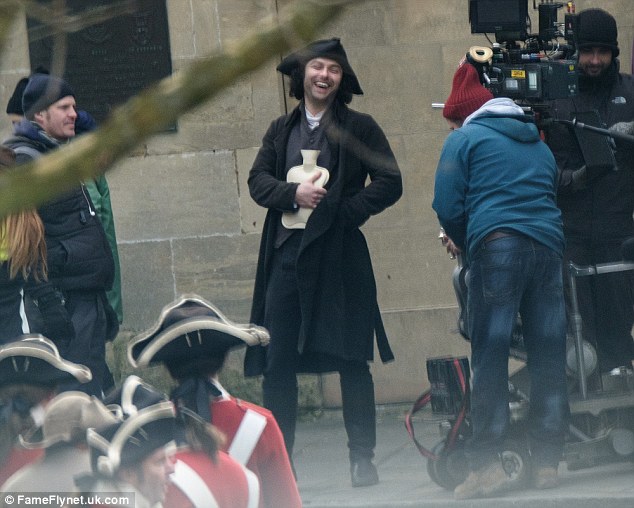 They began filming the new series of Poldark in September, and continued to do so through the winter.

But Aidan Turner still managed to crack a smile despite the chilly conditions on Saturday, as he filmed further scenes for the show in Wells, Somerset, with a hot water bottle in hand. 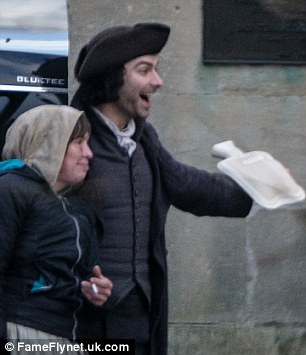 The Irish actor, 31, was seen throwing his head back in laughter and joking with the crew and his on-screen wife Eleanor Tomlinson, 24, as he tried to keep warm on set. 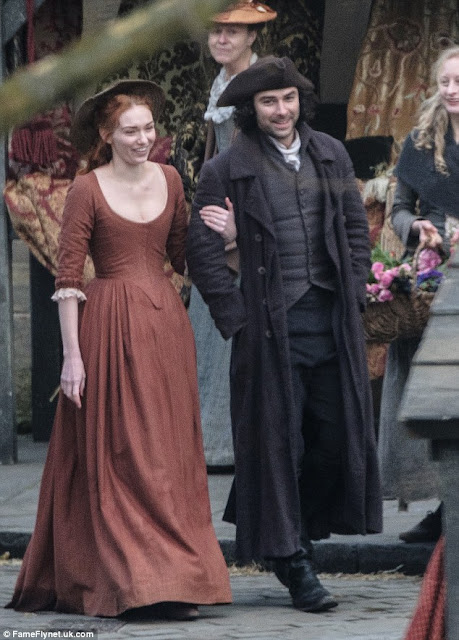 The beloved TV duo have been relentlessly filming the third series of the popular BBC drama since September - flitting between the countryside of Wales, Cornwall and Gloucestershire.

The final episode of the previous series aired in November, and was met with a rave reaction from fans on Twitter.