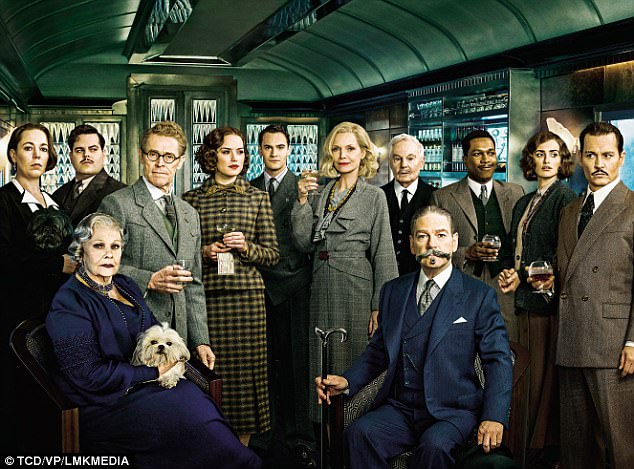 ALL ABOARD! AND WE MEAN ALL ABOARD! A GOODLY portion of planet Earth's most famous residents have gathered today at Longcross Studios outside London to shoot a scene set at Stamboul (now Istanbul) train station for director Sir Kenneth Branagh's adaptation of Agatha Christie's Murder on the Orient Express (out Nov. 10).

There's more. In one corner of the soundstage, Josh Gad and Olivia Colman (Broadchurch) are discussing the Police Academy franchise; Penélope Cruz is gliding past the re-creation of a vintage train talking on her phone in Spanish; and Johnny Depp is ruminating to a reporter about the likelihood of his character's long brown coat being made out of leather. "I'm feeling like it's fake," he says—incorrectly, as the film's Oscar-winning costume designer, Alexandra Byrne (Elizabeth: The Golden Age), will later attest. But the most eye-catching sight is not a person but a thing: the fake mustache sported by Branagh.

The item is so extravagantly outsize it almost seems more alien face-hugger than facial fuzz. "When I saw it I was like, Holy moly!" says Ridley. "But this is a larger-than-life story, so why not make the mustache larger, too?"