Big-budget movies or TV? It’s all the same for Rellik star Ray Stevenson 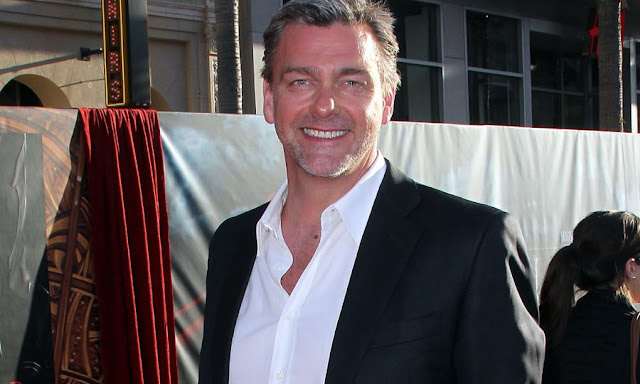 Brought up in Northumberland, Ray now flies halfway round the world to share a screen with Cate Blanchett.

And as iN10 catches up with him to chat about the BBC’s gritty serial killer drama, he admits it’s not the worst acting gig around.

Northern Ireland-born Ray plays Volstagg, one of the characters in the blockbuster Thor franchise.

“He wasn’t going to be in Thor 3 but then Marvel decided to fly me down to Brisbane to shoot a scene with Cate,” explains Ray.

“It was great. My kids were on set while she was destroying every known world in the universe.

“When you fly back, you’ve no idea what planet you’re on, but it’s a high class problem to have.

“The toughest thing is what to do between jobs, to just try and be normal.”

Ray has become one of Hollywood’s favourite Brit stars and Oscar-winner Blanchett is just one luminary he’s found himself acting alongside.

One of his three forthcoming films, Final Score, sees him play Pierce Brosnan’s brother and he’s also been in movies with the likes of Samuel L. Jackson, Christopher Walken, Gary Oldman, Will Ferrell and Mark Wahlberg.

“I’ve had the most tremendous time. I went toe-to-toe with The Rock in GI Joe: Retaliation.

“I’ve got about a quarter of a centimetre height on him, but his arms are the size of my legs!

“All credit to him. He’s completely committed himself to such a playing range and he does it with such conviction.

“And then there was Denzel Washington, a double Oscar-winner. He was a consummate actor and a very decent person.