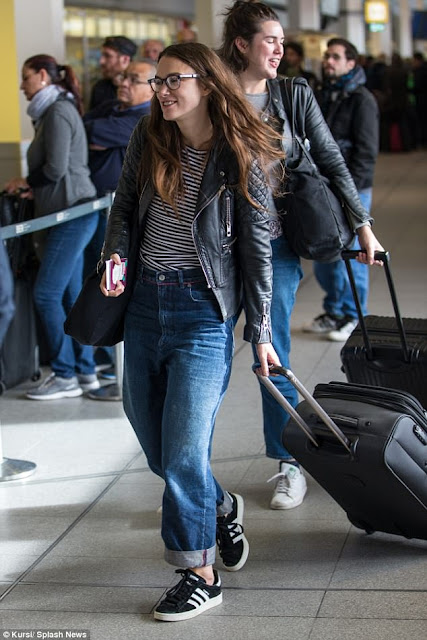 She has been hard at work on her latest film Berlin, I Love You.

And Keira Knightley looked content and happy as she strolled through Berlin Tegel Airport on Saturday.

The Oscar-nominated actress, 32, showed off her natural beauty as she went make-up free for her trip through the terminal, revealing radiant skin and sparkling eyes.

The star looked in fantastic spirits as she chatted with a pal, signed autographs and pulled a series of animated expressions.

Berlin, I Love You is an anthology film which tells 20 separate tales of love in the German capital.

Keira will star alongside stars including Jared Leto, Renee Zellweger and Orlando Bloom.

The British beauty combines her acclaimed career with motherhood to daughter Edie, now two, who she welcomed with Klaxons frontman James Righton in May 2015.

Posted by Karen V. Wasylowski at 9:05 AM