Benedict Cumberbatch Takes A Break From Sherlock Filming With Co-StarsThe actor was spotted enojying some coffee (E.) BY DEEPIKA RAJANI ON APRIL 25, 2013 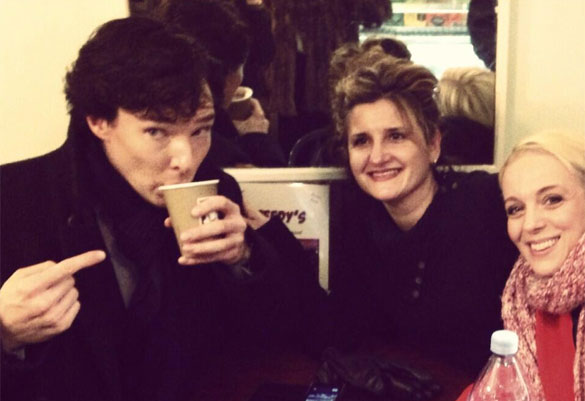 In a picture posted on Twitter by the sandwich and coffee shop Benedict was spotted in, the actor appeared in good spirits as he sipped on his coffee, and pointed to his co-star Amanda Abbingrton.

Having posted the picture, the caption to the picture read: "Breakfast time with #Benedictcumberbatch #Sherlock #nobreakforme #fryuptime."


As the cast reunite to film scenes, Benedict , who plays the role of the iconic detective, recently suggested that series three of Sherlock won't be returning to our screens until Christmas.

He told the Radio Times recently: “I think they’re talking about the winter (to show it). Around Christmas but I’m not quite sure when."