Michelle Dockery: A hot potato for Lady Mary as she takes on new lead role By BAZ BAMIGBOYE (MAIL ON LINE) 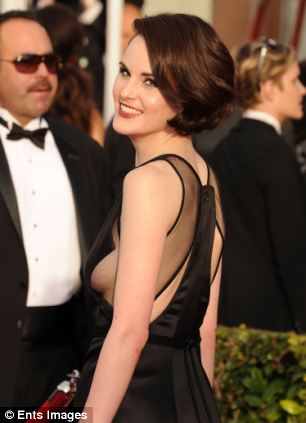 Downton Abbey star Michelle Dockery is in negotiations to play the lead in the movie adaptation of best-selling novel The Guernsey Literary And Potato Peel Pie Society, set during and after World War II.

Michelle has been offered the role, but there’s no deal in place yet.

But various parties involved hope the actress will be available to start preparing for filming after shooting ends on the fourth series of ITV’s Downton in August.

The movie, based on Mary Ann Shaffer and Annie Barrows’s tale of a magazine writer who uncovers the story of a book society, established on Nazi-occupied Guernsey in order to fool curfew patrols, is being directed by Simon Curtis.

Curtis took over as director from Kenneth Branagh, who had planned to make the picture with Kate Winslet.

Isn't this the film that there was push by Richard Armitage fans to play the lead male role as the pig farmer? By the way it's a brilliant story. Wish I had written it!