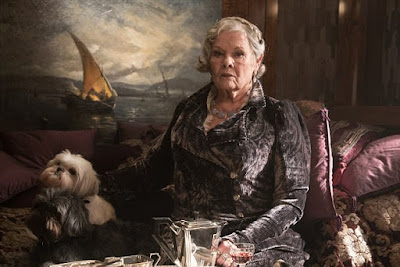 Judi Dench would like her future contracts to include a clause stipulating that she will refuse to work with grumpy co-stars.

'I don't want to work with anyone who hasn't got a sense of humour,' she insisted, with a hint of merriment behind those blue eyes.

'It's essential! I simply am not interested in working with them if they're miserable by nature.

'It's like the froth on the top of Guinness. You have to have the froth, and then you get to the real thing.

You discover people through larks,' the actress told me, while explaining why she has worked with Kenneth Branagh ten times over the years. 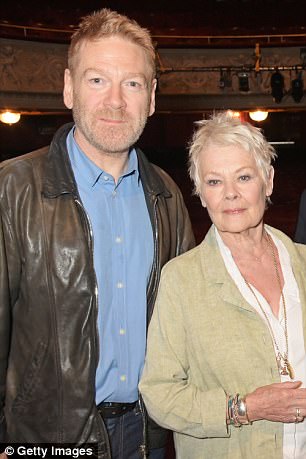 'I always get into trouble with Ken — and I like that!'

The two pillars of the British acting establishment are together again in the Fox 70mm extravaganza of Agatha Christie's Murder On The Orient Express. 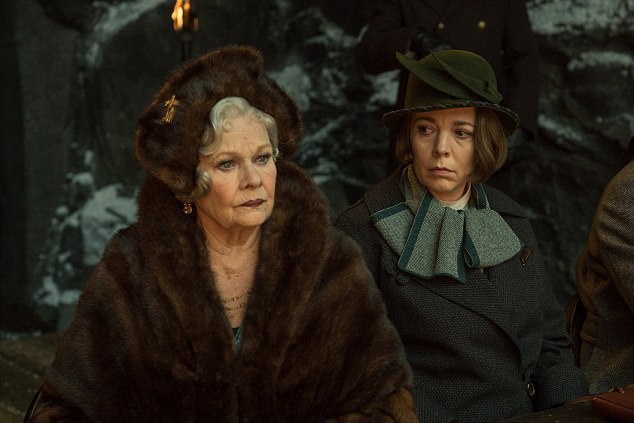 In the film, the Princess arrives with her personal maid (played by Olivia Colman) and two Shih Tzus.

'She's horrible to Olivia. She's a very autocratic princess. So bossy. And Russian. She's just rude; and you wouldn't want to work for her,' Judi said when we met in Soho.

We had the most glorious time,' she said, of her time on set with co-stars Johnny Depp, Derek Jacobi, Penelope Cruz, Daisy Ridley, Josh Gad, Willem Dafoe, Michelle Pfeiffer and dancer Sergei Polunin, as well as newcomers Lucy Boynton and Tom Bateman.

'Not only that: he stayed in the hotel I use when I am up in London. He's ruined my reputation!'One reason why everyone got on so well, she told me, was because filming took place in the interior of a luxury train. 'You had to be part of the company, because nobody could get off!'